Pawling is a town whose history weaves a rich tapestry. Our town has been, and continues to be, the home of famous servicemen, politicians, authors, newsmen, and actors. From the early 18th century when Quaker settlers purchased the land known as "The Oblong," to the Army Air Corp Convalescent hospital created from the Pawling School and Green Mountain Lakes Camp during World War II, Pawling has been the center of important historic events.
Because of inaccurate land surveying and allocating of land, the exact border between New York and Connecticut, had been under dispute until the early part of the 18th century. Connecticut received the panhandle in the southwest corner of the state, and New York received an equivalent area measuring 2 miles by 60 miles along its eastern edge, "The Oblong." The Oblong was not part of any patent and true title to the land could be purchased by anyone. Quakers settled this land between 1730 and 1750 and formed the Oblong Meeting House in 1742.
In 1767 the Quakers of the Oblong Friends Meeting abolished slavery, almost 100 years before Abraham Lincoln’s Emancipation Proclamation. They reasoned that, since God is in every person, they could not enslave God. They used a similar logic when they chose not to fight on either side during the American Revolution. This did not stop the war from coming to Pawling. Their meetinghouse was commandeered as a hospital that mostly cared for soldiers accidentally injured at the encampment at Purgatory Hill. In the fall of 1778, George Washington spent two months in Pawling with his headquarters at the John Kane house.
The New York and Harlem Railroad reached Pawling on December 31, 1848. Our town soon became a popular vacation stop with the construction of the Dutcher House and the Mizzentop Hotels. The Mizzentop was billed as the Closest World Class Country and Mountain Resort to New York City. Sadly, only the Dutcher House remains as the pressures of the Great Depression doomed the Mizzentop to demolition. The more adventurous vacationer found Whaley Lake a wonderful area to camp and spend time.
Pawling has been home to its share of celebrities. Admiral John Lorimar Worden, the captain of the ironclad Monitor lived on Quaker Hill as did General Lew Wallace, the author of Ben Hur. Govenor Thomas Dewey moved to Pawling in 1938 at the urging of his friend Lowell Thomas. In 1944 the two presidential candidates, Thomas Dewey and Franklin Roosevelt were both from Dutchess County! Edward R. Murrow made Pawling his home as did Dr. Norman Vincent Peale, author of "The Power of Positive Thinking."
As you can see, Pawling does not lack for history. It lies around every curve in the road, over every hill, and behind every tree. Come, explore the vivid past that Pawling has to offer. 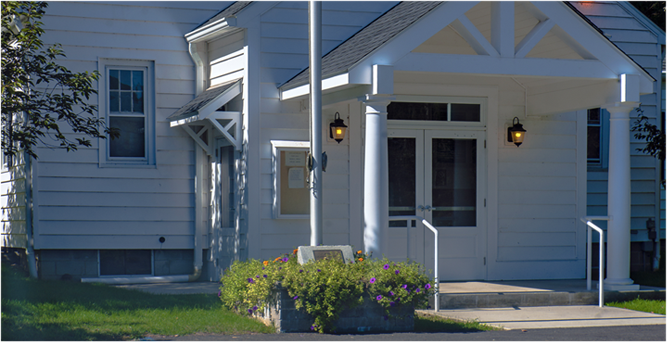